Music is an integral part of worship at First Church. Led by our Director of Music and Organist, Bernadette Hoke, First Church's choir draws on the rich tradition of Anglican music to enhance the worship experience for all.

The choir leads the congregation during the Sunday services with a wide variety of hymns and anthems that celebrate our love of God and each other.  Our hymns are drawn from traditional Anglican hymnals, including The English Hymnal, Hymns Ancient and Modern, The Hymnal (1940), and are supplemented by hymns from other Christian traditions.

The Sunday music program is frequently enhanced with innovative musical works, many of which are composed by our music director, and other modern composers.  As a result, the average Sunday service may include very traditional hymns by great English composers such as Ralph Vaughan Williams, C.H.H. Parry, and Thomas Tallis, as well as works by twentieth-century composers including John Rutter, William Mathias, Healey Willan and Bernadette Hoke.

The great feasts of the Church year are marked by special musical presentations and may include instrumental works for brass, strings and woodwinds. 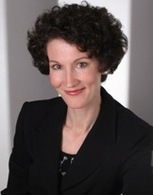 Bernadette Hoke has an active career as a pianist, organist, conductor, and collaborative musician in the New York City area.  She is the Music Director and Organist of the Saint Albans Church where she directs a semi-professional choir, and the for the past six years was on the music faculty of the Saint Albans School.  While there, she founded and directed the Saint Albans Schola which performed in New York City, New Jersey and Pennsylvania. She holds an MM in piano performance from the Manhattan School of Music, the Associate Certificate of the American Guild of Organists (A.A.G.O.), and has participated in conductive intensives with Dennis Keene and Simon Carrington.

Concerts and Other Performances​ 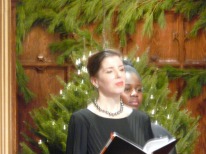 First Church is a vibrant musical community providing opportunities for the performance of music in a variety of settings outside the worship context.  The music programme presents a number of concerts during the year, including chamber ensembles, opera nights, and  an annual performance of Handel's Messiah (Christmas Portion).

The organist and choir present a varied repetoire of both sacred and secular works.  Some representative performances of both the First Church choir and the Beekman Hill Ensemble are available below.  Just click on any of the icons to hear our music programme in action.

Selections from Messiah by G.F. Handel

Largo from the Sonata in g minor, op 65 for cello and piano by Frederic Chopin

"The Lord is My Shepherd" from REQUIEM by John Rutter
The Choir of the First Reformed Episcopal Church, Bernadette Hoke, Conductor
March 28, 2004

"Introit" from REQUIEM by Maurice Durufle